Scott St. Sauver is 37.5-year veteran of the United States Army serving as both a traditional and Active Guard and Reserve member in the South Dakota and Minnesota Army National Guard. He is a highly decorated combat veteran serving two tours in Iraq (2005 and 2009) including one tour as a Battalion Commander. He most recently served as the Garrison Commander of the Camp Ripley Maneuver Training Center before retiring from active federal service in 2017. His awards include the Legion of Merit and the Bronze Star. Scott holds a Bachelors Degree in Agriculture/Park Management and Master’s Degree in Education from South Dakota State University. He also holds an additional Master’s Degree from the United States Army War College in Strategic Studies. His passion has always been the outdoors and especially fishing, combining that passion with an unending dedication to veterans and first responder advocacy. Scott volunteers his time getting our heroes out on the water and in the field telling their stories as co-host of American Heroes Outdoors TV. Scott and his wife Debra have 4 children, 7 grandchildren and reside at their family cabin in NE South Dakota. 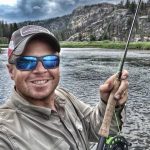 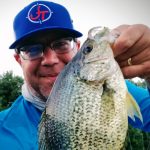