Master Sergeant (MSG) Robert T. (Tim) Haugen’s military career began when he enlisted into the Army as a 91B, Combat Medic in 1974; Tim retired from the Minnesota Army National Guard in 2001 after 26+ years of military service, but his service to State and Nation was only beginning.

Tim valued the person behind the Soldier, he understood the long term benefits of retention of Soldiers, and put his focus on capitalizing their benefits. His efforts to re-establish the Citizen’s Committee and network with civic leaders directly supported the company’s and battalion’s success in their upcoming deployments to Bosnia Herzegovina in 2003 and eventually to Iraq in 2005.

Since that time Tim has been a fervent volunteer for both military and civilian projects. As 2-136 was preparing to deploy as part of the largest MN National Guard contingent since the Korean War, Tim was one of the pioneers of the Family Readiness Group for the Moorhead based 2-136 IN. He was a calming voice of military experience for the Bearcat families during a time of high anxiety and stress. Tim is one of the founding board members of the Cowboy Up Ride Against Cancer, a non-profit organization that has raised more than $800,000 over the past 15 years in support of patients at the Roger Maris Cancer Center in Fargo. Tim started the local VFW Men’s Auxiliary in Moorhead, MN and has been active through the nation-wide merger with the Ladies Auxiliary. He was president of the largest auxiliary in the state in 2019-2020 where he won a national award in 2020 for mentoring Auxiliary members, and is currently serving as the District 9 Auxiliary President. He is also very involved in the American Legion having served at the District level as Vice Commander, Vice Commander at Large, and Commander, then at the Department (state) level as Vice Commander, and in 2016 at the National Level as a Veteran’s Affairs & Rehabilitation Council member. Tim has been heavily involved in the Honor Flight, and has been selected to support three trips to Washington D.C. He helps with fund raising meals & silent auctions (pancake breakfasts & spaghetti dinners). Over the years he’s been involved in many other activities to include, volunteering to support the MN National Guard Youth Camp, supporting Boy Scout events, coaching youth sports, serving as a board member and President for the local high school fundraising group (Spud Boosters), and serving on the Fargo/Moorhead Beyond the Yellow Ribbon Committee just to name a few. Tim has lived a life of service, both in and out of the uniform. 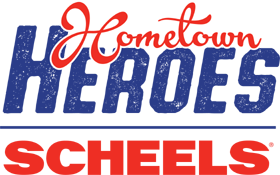 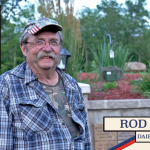