Terry Paulsen arrives in a white pickup truck at the future site of eastern South Dakota’s first state veterans cemetery. The sun is high in the afternoon, and the hills and trees northeast of Sioux Falls roll into the distance.

Paulsen, a retired Army veteran, has spent the last two years working to support a cemetery project that spanned two decades, defeating many South Dakota Veteran’s Council presidents before him. Now, an empty 50-acre expanse is the only thing standing in the way.

There are more than 40,000 veterans in eastern South Dakota, and with the only open national cemetery for veterans being in Sturgis, Paulsen said those in Sioux Falls and surrounding counties have gone “under-served.”

Though a military veteran can be buried anywhere they want, to get full benefits from the government their grave must be in a state or national cemetery. 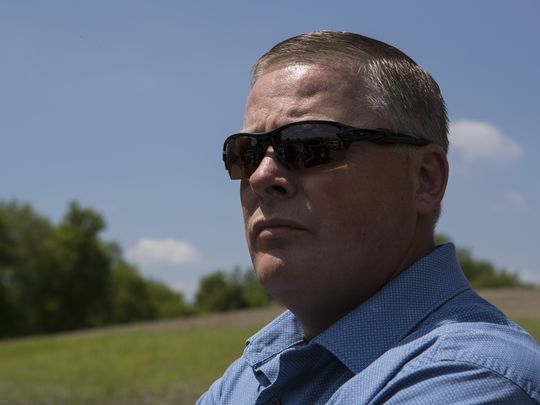 Terry Paulsen speaks to American Heroes Outdoors at the site where the new State Veterans Cemetery will be in Sioux Falls, S.D. on Tuesday, May 22, 2018.

“A lot of veterans want to be buried in a veterans cemetery, but the distance made it somewhat unrealistic,” said Paulsen, who retired in 2013 as a Command Sergeant Major after 31 years. “There was certainly the will to want to get it done by lots of people. The problem was, who was going to pay for it?”

Paulsen spearheaded the project, along with fellow council members Ken Teunissen and Rick Williamson. It took two years to research different facets of the issue –determining cost, drafting legislation and getting enough votes in the state legislature.

Their work culminated in the passing of a bill during the last legislative session in Pierre, with an expected federal grant to cover the nearly $6 million in construction costs. Operational costs are estimated at $130,000 a year.

“We, as a department, will move forward to represent the veterans and are looking forward to have a final resting place for our veterans from that area,” said Zimmerman, who is confident construction will be finished prior to 2020. 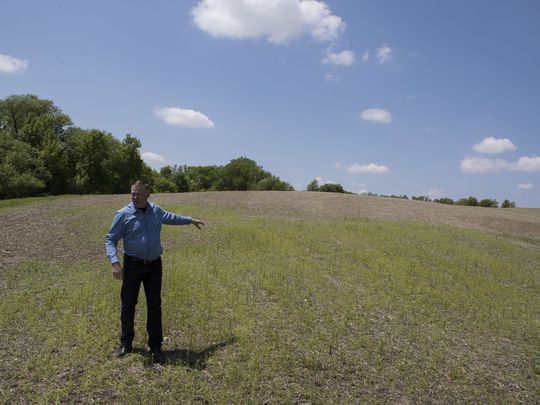 Terry Paulsen speaks to American Heroes Outdoors at the site where the new State Veterans Cemetery will be in Sioux Falls, S.D. on Tuesday, May 22, 2018.

Paulsen and the council set up the Veteran’s Cemetery Fund in a “good-faith effort” to offset additional costs accrued during yearly operations.

Paulsen received an award for his work with the cemetery from Scheels “Hometown Heroes” program. He was at the site Tuesday as part of filming for a video that will help recognize his efforts.

“I feel honored, first and foremost,” he said, “but I truly believe there are other veterans more worthy of it than myself.”

The issue is close to home for Paulsen and Teunissen. Both men are veterans who have had tours of duty overseas.

“(A cemetery) is something that every veteran deserves,” Teunissen said. “There are other cemeteries, but this one is different.”

Teunissen was drafted in 1969. He spent his 21st birthday in Vietnam.

“For those that have shed blood, been in combat, (the cemetery is) hallowed ground,” Teunissen said. “Veterans can be laid to rest by other veterans. They’ve earned that right.”

To donate to the South Dakota Veteran’s Fund, visit the veteran affairs homepage at http://vetaffairs.sd.gov 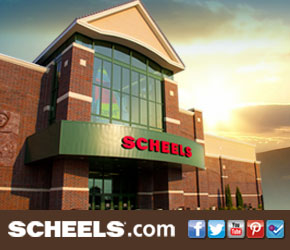 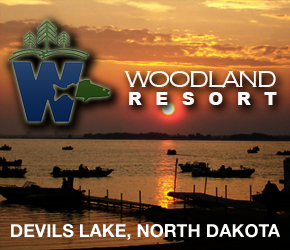 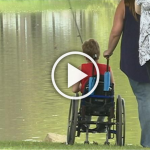 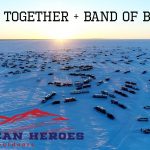 ICOG GET TOGETHER + BAND OF BROTHERS OUTDOORSNews and Events